The energy of Brexit 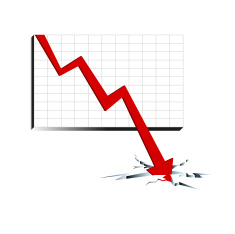 The energy of Brexit

It is too easy to use puns such as shock to the system so I will try to just look at the immediate implications of Brexit.

The first is clear, Hinkley Point C is dead in the water. It would need a vast amount of political support to get the finance and the idea that President Hollande will put any political capital into this project is laughable.

The second issue that will affect all areas of the industry is the cost of money. Sterling is already taking a beating that some believe is not a bad thing as it was overvalued, but it will make any imports more expensive. So any equipment for upgrading the grid will cost more due to the falling sterling. On top of that the financing of any so needed upgrade is based on borrowing which with credit rating AA negative, will be much more expensive.

The third concern is the import of gas. Two thirds of our energy is from gas and the majority in the next few years will be imported. Gas is sold in dollars so the fall in sterling to a thirty year low is going to send prices up. I could be wrong but the only way to pay for this is through the consumers’ bill. Could this be the most visible cost of Brexit to the electorate and how many will enter fuel poverty as the cost rises?