What is Driving the Evolution of Energy Management in the UK?

The EMA is conducting a survey in association with E.ON and would really value your input.

Please take a moment to respond to the survey.

Energy is one of the most significant costs for a business and reducing it by just a few percentage points can have a significant impact on profits. Recent research however, seems to show a disconnect between the opportunities identified by energy decision makers and getting them signed off in the boardroom. CEOs typically have three key motivations – building shareholder value, sustainable business success and creating a legacy. By comparison, reducing the energy bill is often regarded as a deep operational issue and any investment required not looked upon favourably. We can all picture the charismatic Sales Director showing ambitious sales curves for increasing revenue and yet a similar contribution to profits by reducing energy spend is often overlooked.

To really highlight the opportunities here, consider that in order to pay their energy bills, Morrisons must sell two full shopping trolleys every second; Mitchells and Butlers must sell 7,200 pints an hour and Whitbread must sell over 400,000 hotel rooms each year. In the last example a 5% bill reduction is equivalent to running a small hotel at full occupancy!

Given that a fifth of the businesses surveyed spend more than £250,000 per year on energy it’s surprising that only one in three of the survey’s respondents claimed to have a good handle on energy procurement. An added problem is that only 47% said that staff understood their energy policies. That may be down to the Energy Decision Makers themselves; the survey indicates that only 17% of the 750 businesses regularly discuss sustainability issues with staff and almost a third (31%) never do so. If it’s buy-in they are seeking, communication is the cornerstone.

“Almost half of senior executives don’t actually know what their business spends (on energy). We work with the energy decision makers in thousands of companies to help reduce their costs and develop greater self-sufficiency and resilience.” Phil Gilbert, Director of Energy Solutions, E.ON.

These facts are also supported by the data collected during the ESOS audit and released by the Environmental Agency. While nearly 97% of the completed audits were carried out by external lead assessors and a large majority of audited companies have discussed results at board (74%) and Senior management (90%) level, 60% of companies declared having no energy efficiency targets and only 6% have published information relating to their ESOS audit. Despite this 72% of those companies were open to adopt some form of energy efficiency measures. 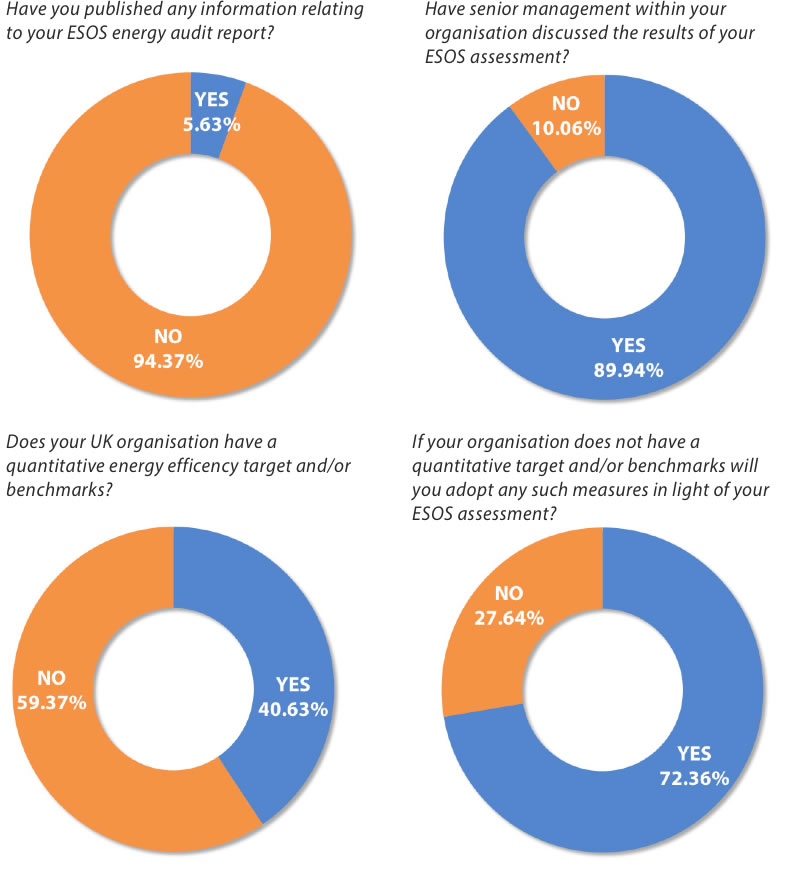 The Energy Managers Association (EMA) is keen to understand more about how energy management has evolved and more importantly any obstacles to progress further.

The EMA is conducting a survey in association with E.ON and would really value your input.

Please take a moment to respond to the survey.

It won’t be onerous to complete but could help to change the landscape for our profession.

Full results will be shared with all participants with an invitation to the official launch in November at EMEX.