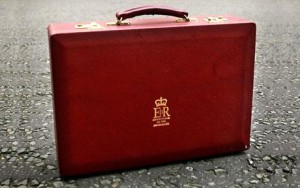 On the Budget day, the Government has published its response to the Business Energy Efficiency Taxation Landscape Review.

The aim of the review was to streamline the regime while meeting the Government’s objectives around simplicity, productivity, security of energy supplies and decarbonisation. Energy efficient business can save money as well as raise productivity and support growth. The feedback from stakeholders has raised concerns over the current system of overlapping policies, bureaucratic practices and the barriers in realising their energy saving potential.

In today’s budget the Government has responded to these points. The key elements of the response are:

– The CRC Energy Efficiency Scheme will be closed after the 2018-19 compliance year. There was broad support from consultation respondents for the abolition of CRC and a move towards a new tax based on the Climate Change Levy. This will simplify the energy efficiency policy landscape and reduce the administrative burden for CRC participants.

– The Climate Change Agreements scheme will continue until at least 2023. The review of CCA targets, which was on hold pending the outcome of the Taxation Review, will resume.  As stated previously, this will include a review of the buy-out price.

– CCL rates for different fuel types will be rebalanced – with an initial change in 2019 followed by further rebalancing to reach a 1:1 (electricity:gas) ratio in 2025. This will act as an incentive for organisations to reduce gas use, in support of the UK’s climate change targets. The discounts available to CCA participants will be increased to ensure continued protection for Energy Intensive industries from changes in main CCL rates.

It is expected that over the upcoming weeks the Government will continue to provide more details on the different elements announced today. The Government will launch a consultation programme to gauge the effect of these policies on UK plc. The EMA will be working to assure that any reporting regime is simplified to reduce dual reporting, but at the same time retain the core objective of making Boards understand how much tax they are paying through their energy bill and how to avoid it through implementing energy efficiency measures, and more importantly employing an energy manager.

Elsewhere in the Budget the following announcements were made:

– Support for the oil and gas industry by effectively abolishing the Petroleum Revenue Tax and reducing the Supplementary Charge from 20% to 10%.