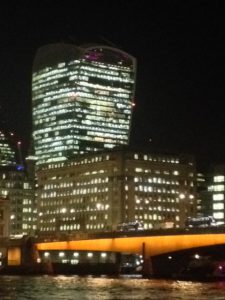 The recent agreement by OPEC including Russia and Venezuela to cut production is already having an upward pressure on the price of oil, and as it is coupled, on price of gas, too. Last year crude oil (Brent) stood at $46 a barrel and it is now up to $55, with a forecast to rise further by the end of the year.

The truth is that gas prices crashed in 2015, but are now hitting pre-crash 2014 levels and are also expected to rise. Just to put this in context, as the reduction in production leads to a predicted demand outstripping supply situation, oil prices might head back to the 2012 prices of over $110 a barrel. Budget forecasts for energy should be based on a considerable hike on last year.

The two major sources of renewable energy in the UK will have a rough time in 2017. The changes to subsidy regimes will most likely effect the viability of new build and the hostility of the Tory government to renewables will increase the legislative risk of any new projects. A further problem is that the massive increase in the number of solar farms has caused problems to the DNOs and the System Operator. Solar power peaks at twelve noon when there is more power on the grid than demand. This means that there will be a negative pricing scenario at peak periods.

The good news is that the Government will in all probability see storage as the next new technology to promote especially on site. This means that excess production of electricity from wind or solar will be able to be stored for use at peak. This could lead to renewables being seen not as intermittent but through load shifting storage as baseload.

The new buzzwords for 2017 will be Dynamic Response.  This is how it works; Dynamic Response is defined as shifting load from off peak periods to peak periods through the medium of batteries. The batteries are placed “behind the meter” and owned by the consumer or an aggregator. The consumer charges their batteries during times of excess supply (when the price point is reduced) and then uses this energy to power their own needs when there is excess demand – thereby reducing the load on the grid.  In contrast to Demand Response, the consumer does not need to impact their operational needs i.e. refrigerators can stay on, lights and services stay operational. The system of siting batteries at the point of use and using those batteries to optimise off-peak generation for use at peak would create a decentralised energy network that would change the use of energy being dictated by supply as at present, and shift this to demand. This system will work if the System Operator pays the same rate for a half hour of generation as a verified half hour of demand reduction.

Most companies gauge their energy use through the cost set out on the bill. This cost not use model is based on cheap energy; the UK has some of the most competitive energy prices in Europe. The cost of all types of energy is set to rise for a number economic and political reasons such as commodity price rises or taxation and levies which would pay for keeping an aging infrastructure of both, generation and grid, from failing. Companies will need to start taking control of their energy use seriously to avoid mounting energy bills.

Three quarters of companies do not have an energy strategy let alone an energy manager in place. On the Board the Finance Director is usually responsible for energy, so how can energy management be built into the Boards thinking? The answer is not based on cost or carbon, it is risk.

Energy should be on a company’s risk register for three reasons. Firstly, the cost of energy is set to rise but the rate of increase and when that will filter through to bills is unknown. Any large rise may have a real impact on the company’s profitability especially if it is difficult to pass directly onto customers.

Secondly, energy is usually the third largest cost to companies. If the Board members do not understand energy use and cost, they are not fulfilling their legal fiduciary duties as in a danger of energy costs rising, this will threaten the financial sustainability of the company. The risk to the Board might well push energy management up the Board meetings’ papers.

Thirdly, security of supply is an issue. How will companies operate if there are regular power outages? The risks associated with interrupted supply are huge, and few companies have the measures and kit in place to mitigate them.