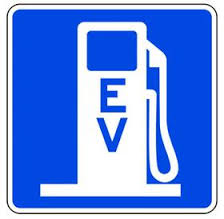 ther in law recently bought a top of the range Tesla, way out of my price range. So imagine how smug I felt when I bought Renault Zoe without even touching the sides of the depreciation his car will face. The cost of owning an electric vehicle (EV) is falling to the point where the price of EVs matches or is lower than owning a diesel. EV ownership is becoming mainstream rather than the reserve of the wealthy.

The roll out at mass scale of electric vehicles will, whilst having a major impact on air pollution at point of use, raise some serious questions about how the significant amount of electricity needed for charging is to be provided by an already stretched grid.

Charging is the only detraction from electric vehicles that are a joy to drive. The worst problem for car owners if they do not have off street parking is finding public charging points. The charge rage that descends as someone beats you to a charging point for a three hour charge results in gnashing of teeth, but it is a problem that will escalate with more EVs on the streets.

DECC predicted in their going green scenarios a few years back that by 2017 there would be 250,000 electric vehicles on the streets. In May there were 105,000 electric cars and vans in the UK. Even with this amount of EV, and their growth rate is rapidly increasing, there is not presently the infrastructure available for charging hundreds of thousands of more cars.

Rapid growth leads to a more serious problem than a number of available charging points. When tens of thousands of additional charging points are installed the question that needs to be answered is do we have the available power to meet this demand? Charging of vehicles at off peak periods would certainly ease the load but often car owners cannot avoid charging at peak especially if they have a flat battery and need to use a car in the immediate future. However, here is the real issue, say 50,000 cars are driven home and put on charge between 4-8pm on a winters evening, which is peak period, there is the real risk that the strain will be too much for the grid.

This may seem speculation and whilst I would recommend electric vehicles to anyone, ignoring the challenge of charging infrastructure with a dash to electric will result in the overloading of the grid. This is a real infrastructure issue in the not too distant future.