Could energy be THE defining issue of the next Government? 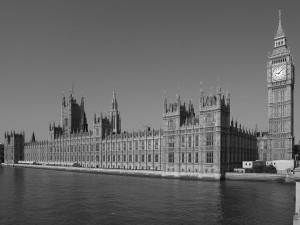 The next general election is looming and the main parties are making their manifesto commitments. From past experience   these firm pledges are far more aspirational than red lines. It will be interesting to see how these commitments could survive the predicted coalition or a minority Government. The experience of the last five years is that any policy will be a compromise, sometimes between bitterly opposed factions.

Looking at the manifestos, there is one area that all three main parties appear to agree on, and that is renewables. However, there is a marked contrast to their aspirations. Labour and the Liberal Democrats are looking at energy supplies being almost entirely supplied by renewables by 2030. The Conservative Party is behind renewables as long as they are value for money. However, they will stop all onshore wind development.

Labour has a policy of freezing prices for 6 months, down from the original 2 year pledge. Labour also plans to increase the power of the regulator, whilst at the same time getting rid of Ofgem.

None of the parties have made clear statements about the looming energy gap and are much more focused on energy efficiency in the home, rather than base load generation and rebuilding the grid. Whilst, the election is being fought on the NHS and the economy, there has been almost no focus on the real possibility of energy capacity shortfall next year. Whoever gets into power is going to have a real headache if the predicted blackouts or brownouts happen. With so much generation coming off line in the next three years, this seems to be a major omission of the parties. Whoever wins may find energy, and not just the cost of energy, the defining issue of the next Government.