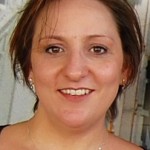 Wendi has worked in the Energy Management sector for over 25 years and is employed by Network Rail as Energy & Carbon Strategy Manager.  Leading Network Rail's energy and carbon process, Wendi is responsible for the creation of strategies and managing the delivery of the £360m energy budget whilst meeting regulatory targets.

Previously Wendi worked as Energy Manager for Redcar & Cleveland Borough Council.  She developed their Carbon Management Plan, which has been used as a demonstration of best practice by the Carbon Trust and was awarded Western European Energy Project of the Year in 2014 by the Association of Energy Engineers (AEE).  By implementing their plan, Redcar & Cleveland reduced CO2 by 32% in just 4 years.

Wendi was also awarded the accolade of ESTA Energy Manager of the Year in 2013.