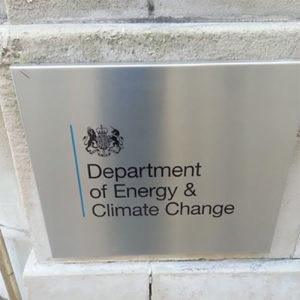 Since the creation of DECC on 3 October 2008, we have been engaged in an ambitious and wide-reaching programme to reduce our energy consumption and improve our overall sustainability. By 2013/14 we had cut our energy use by 42% and carbon emissions from our estate by 38 % since DECC was established in 2008. Carbon emissions per full time employee have also been slashed from 1.93 t/CO2 to 0.6 t/CO2.

Although we are very proud of our achievements, this success has presented its own challenges. As our HQ building has become more and more energy efficient, it has become increasingly difficult to identify cost effective and technically feasible energy and carbon saving measures that can be retro- fitted into the building. In addition, DECC’s estate has expanded with the occupation of additional space in Kings Building, central London, from November 2013. In this environment it is very hard to continue to achieve absolute energy and carbon reductions

We already have LED lighting in many of the non-office spaces in 3 Whitehall Place, such as staircases, lifts and toilets which we estimate reduced our emissions by an impressive 76 tonnes a year.

We realised that we could achieve far higher energy and carbon saving by rolling out LED lighting more widely in the building. However, the quality of light in office areas is very important and it was always going to be crucial to find high quality, office compliant LED light fittings that would meet the needs of our staff.

The existing office lighting already employed a fairly efficient technology, using newer fluorescent tubes (known as T5). Compared to retrofits in most comparable buildings, which tend to use relatively inefficient T8 tubes, the energy savings are slightly lower. However they are very significant. Moreover there are additional savings to be had from the switch to LED lighting in the form of lower maintenance costs – it is claimed that LED luminaires typically last 5 times as long as the fluorescent equivalent.

Although LED technology is well established and the potential energy savings fairly easy to estimate, we still wanted to be sure that this type of lighting would also make a difference to working conditions and be acceptable to staff before spending a lot of money. Consultation with relevant staff groups, including our Disability Network and unions, Health and Safety colleagues, as well as with staff more generally would be critical to the success of the project. 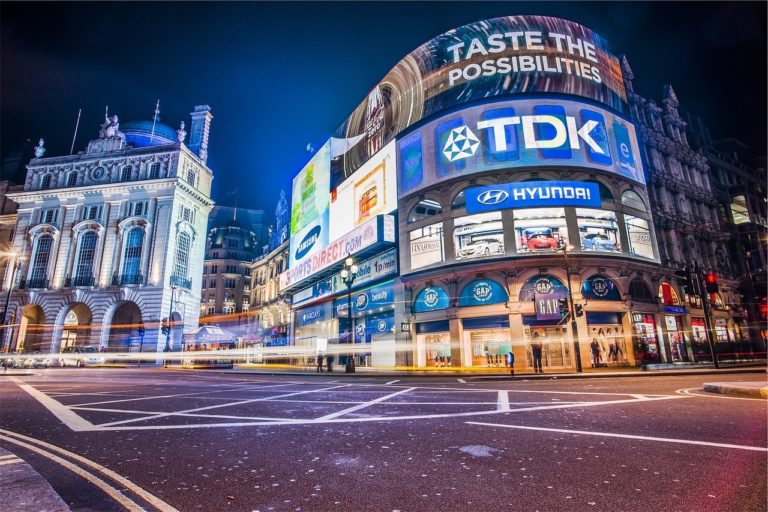 We also decided to carry out a limited trial of an office compliant (i.e. a low Universal Glare Rating) fitting in a pleasing warm white colour temperature (3,000 Kelvin). They were tested in the ‘Touchdown’, an overflow office area designed to accommodate staff for short periods of time. Although a comparatively small space, its function ensures a high turnover of staff so maximising the number of people experiencing the proposed new lighting. The pilot took place in October and November 2013. Staff were encouraged to provide feedback via either on-line or paper based questionnaires. We also measured lux levels before and after the installation. The results of the questionnaire were largely positive with over two thirds of respondents noting an improvement in the lighting. light levels at desk level increased by around 100 lux.

A like for like replacement of the T5s with the new LED lighting was carried out over eight floors in March 2014. This amounts to approximately 1300 light fittings – quite an undertaking. The luminaires chosen fitted the existing metal grid ceiling, and incorporated our air-handling but had a two month lead time. To maximise energy savings we also chose a new localised control system which not only automatically turns lights off in an unoccupied room but also dims them on in response to the levels of daylight. The new controls can dim the new fittings down to just 5%. The installation started on 5 March 2014 and was completed by 31 March.

We now have a lighter brighter office which has improved the working environment for staff and we are seeing a significant drop in our energy use.

The graph below shows overall electricity use at 3 Whitehall Place in the weeks leading up to, during, and after the installation, showing a fall of almost 30%. 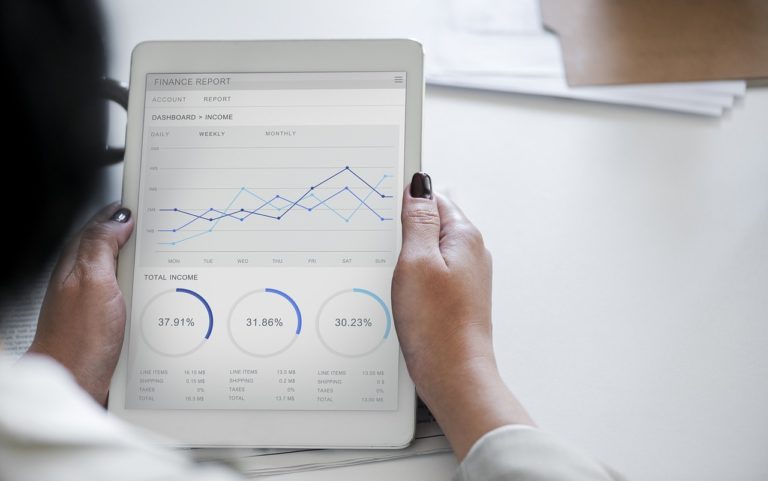 Not all the savings are down to the LED lighting as we made some modifications to our BMS system around the same time, but we believe the bulk of it is down to the lighting. We have observed falls of around 25% to 30% on each floor, using more detailed sub-metering, in the weeks after the new lighting was installed. It is early days yet though and it will be interesting to see if the trend continues. We are working with our contractor to establish robust measurement and verification data to provide proof of actual energy savings.

Because 3 Whitehall Place is now so energy efficient we are looking at much longer payback periods than when we first began in 2008. The LED lighting project was completed along with improvements to our Building Management System (BMS) controls as part of the Mayor of London’s RE:FIT programme giving a payback of about 12 years.